We asked our artists to narrow down their absolute favorite song of 2019 and these are the songs that made the cut. The F/D team even threw a few in the mix ourselves. Listen to the playlist here. 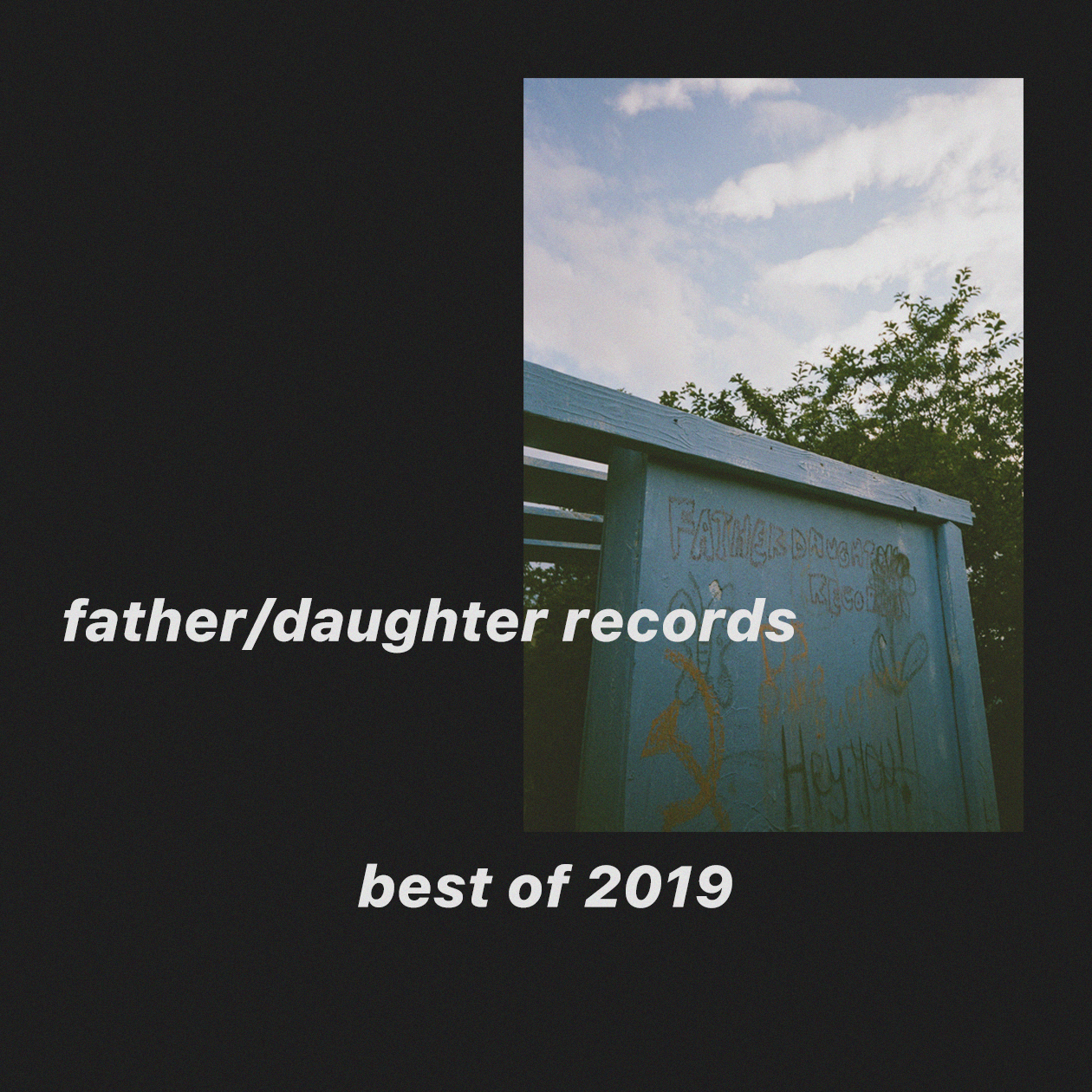 The first time I heard this song performed live, it gave me goose bumps. Meg is an incredible guitarist and songwriter.

This song is a sugar rush. It feels like it’s just barely hanging on by a thread until that bridge comes in...”because she’s got a temper and it flips like a switch!” It begs for repeat listens.

Andrew Lopez - Digital Marketing at F/D (Every Woman by Vagabon)

Jessi had received an early listen of Vagabon's newest record a few months before it was announced and put it on for us to listen to at the office. Every Woman hit me hard and still does. I vaguely tweeted "heard a record that changed me yesterday" the following day in reference to listening to this album because it really did. Can't thank Laetitia enough for creating such a touching piece of art.

Gabe played saxophone on my last record where I told him to make it "wiggly but not too jazzy-sounding" he politely obliged and since them I've been truly impressed with his musical output. Stack the Miles is from his most recent solo album. I feel like it perfectly encapsulates the numb joy of touring too much. The droning acoustic guitar in the background adds a tinge of dread to what would otherwise by a breezy song.

I've been stuck on this song all year; there is a spaciousness in the melody that relaxes my nerves, while the words are cutting and direct. It's a hell of a drug.

Andrew on Hartsdale Hotbox: Best lyrics out of Queens in '19? Could be!

Joe on Snow is Falling in Manhattan: "Songs build little rooms in time" -- here is a place where DCB lives forever.

Catherine on Jogging: I love the weird meter of the lyrics.

Carmen on Bullshit: It’s one of those repetitive songs that gets stuck in my head on loop for days at a time. In a good way. The lyrics are very beautiful and really hit me hard when I first heard the song.

It just has a feeling that reminds me of how swampy Seattle often feels and is full of loud surprises! Plus, I've had it stuck in my head for months!

Lucy / Josée - Partner (Hey I'm Just Like You by Tegan and Sara)
We have been obsessed with this song since it came out. The acoustic guitar and melody really speak to the time it was written (The 90s) but the pop production and giant drops are super contemporary and it’s cool to hear the sisters honor their younger selves with this faithful interpretation of their own old song.

Cate le Bon’s music evokes a sort of perky melancholy that is immediately soothing. I’ve found a lot of answers and a lot of questions in this record.

My favorite song from 2019 is Pink Lite by this kind of whack kind of awesome new artist Sir Babygirl. This was the last song I wrote for my debut album Crush on Me while living at my parents house in the woods of New Hampshire, where I went to finally take myself seriously as a writer and producer and see if I could finish an album. I remember just wanting to write an anthem about accepting the humanness of "bad habits" in an attempt to exorcise destructive self-loathing. It's my favorite song to sing live and just feels like this jolt of catharsis with the audience every time <3

I'm always looking for a new song that will make me cry, and once I find it I listen to it again and again until I've gotten all the feeling I can from it. This song about the self-destructive ways we deal with heartbreak hasn't lost any of it's feeling since the first time I listened to it--it's raw emotion masterfully crafted into a perfect pop song.