10 years of Father/Daughter - an interview & playlist from Levek 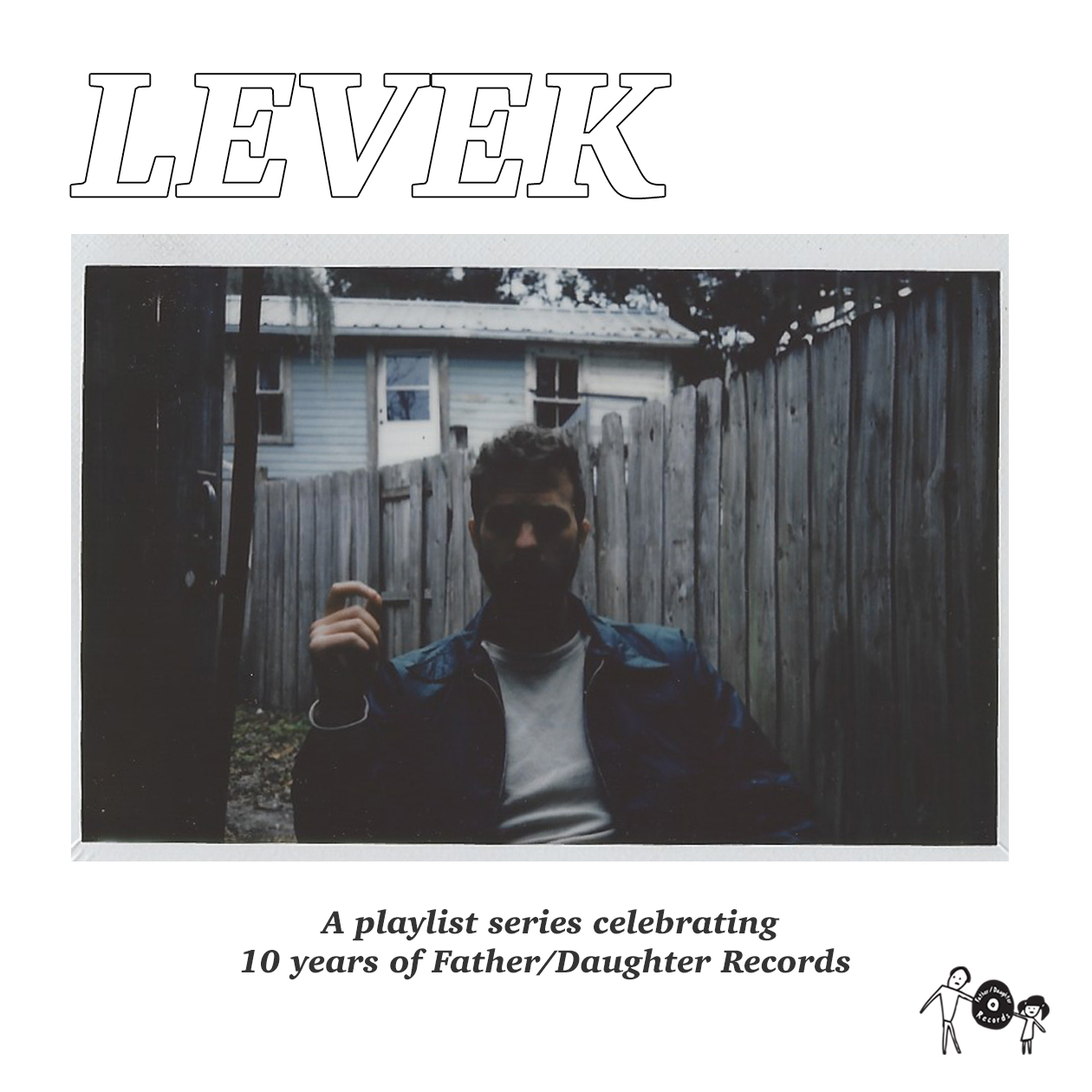 That's right, our little label is turning 10 years old this year. It's been a wild ride and we've got so many things in store for you in 2020. To celebrate our anniversary, we're rolling out a monthly series of features on some Father/Daughter artists. They'll tell us who they are, give us a look into the making of their record, what they've been up to since, and even hand curate a playlist for us to soundtrack this 10 year anniversary party with. Our first entry in the series goes back a decade to a Katy Perry filled era known as 2010. Get some insight into the origin story of David Levesque (Levek) and his EP, FD-003, Look on the Bright Side.


Father/Daughter Records: How'd you first hear of / begin working with the label?
David Levesque (Levek): F/D co-owner Jessi sent me a message on MySpace a little over 10 years ago. If I remember correctly, she had seen me on the band Viernes’ top eight and wanted to work together. About a year goes by and she asks if Id be into releasing an EP on her new label, as well as becoming Levek’s manager. We held off on the management at first, but put out the record. On the east coast tour for that release, our van broke down in New Jersey. It was seemingly hopeless, I then remembered Jessi wanted to be our manager. I figured if she could get us out of this, she should manage us. With a few calls, Jessi saved the tour with a Uhaul truck and became our manager.


F/D: What were some of your inspirations for look on the bright side?
Levek: I remember listening to soundtracks and the Delphonics around that time and wanted to mess around with vocal arrangement. I was mostly being inspired by my roommates who played music each other regularly.

F/D: What was the recording process like for the EP?
Levek: Around this time I recorded everything in GarageBand with the built-in mic on my laptop with some twenty dollar Sony headphones. For Look On The Bright Side I asked my roommate Nicole Miglis to write and sing the first verse after listening to the chorus I had tracked in my room. Our voices sound weirdly similar in this track and she just killed it. I remember the violinist Aaron just was hanging at the house that day and he just did those string layers in one take in my room. The b-side track Sloww is a track I recorded outside on my porch sitting on my front steps for most of it. I would improv the guitar and vocals in a take, then layered everything else on top like everything was on purpose. I liked recording outside if it was a pretty sounding day.

F/D: What are some of your favorite f/d albums thus far?
Levek: Vagabon - Infinite Worlds and Tasha - Alone at Last.

F/D: What've you been up to since?
Levek: After the EP, I tracked and toured a full length album called Look A Little Closer. In the last two years I’ve started a video production company with a few friends called Flooded Productions. I get to combine a lot of my loves into multiple outlets and it’s been a fun new challenge.

Listen to the mix Levek made here and pick up a copy of Look on the Bright Side here.