Scream along to the new Sir Babygirl track "Praying", a Kesha cover 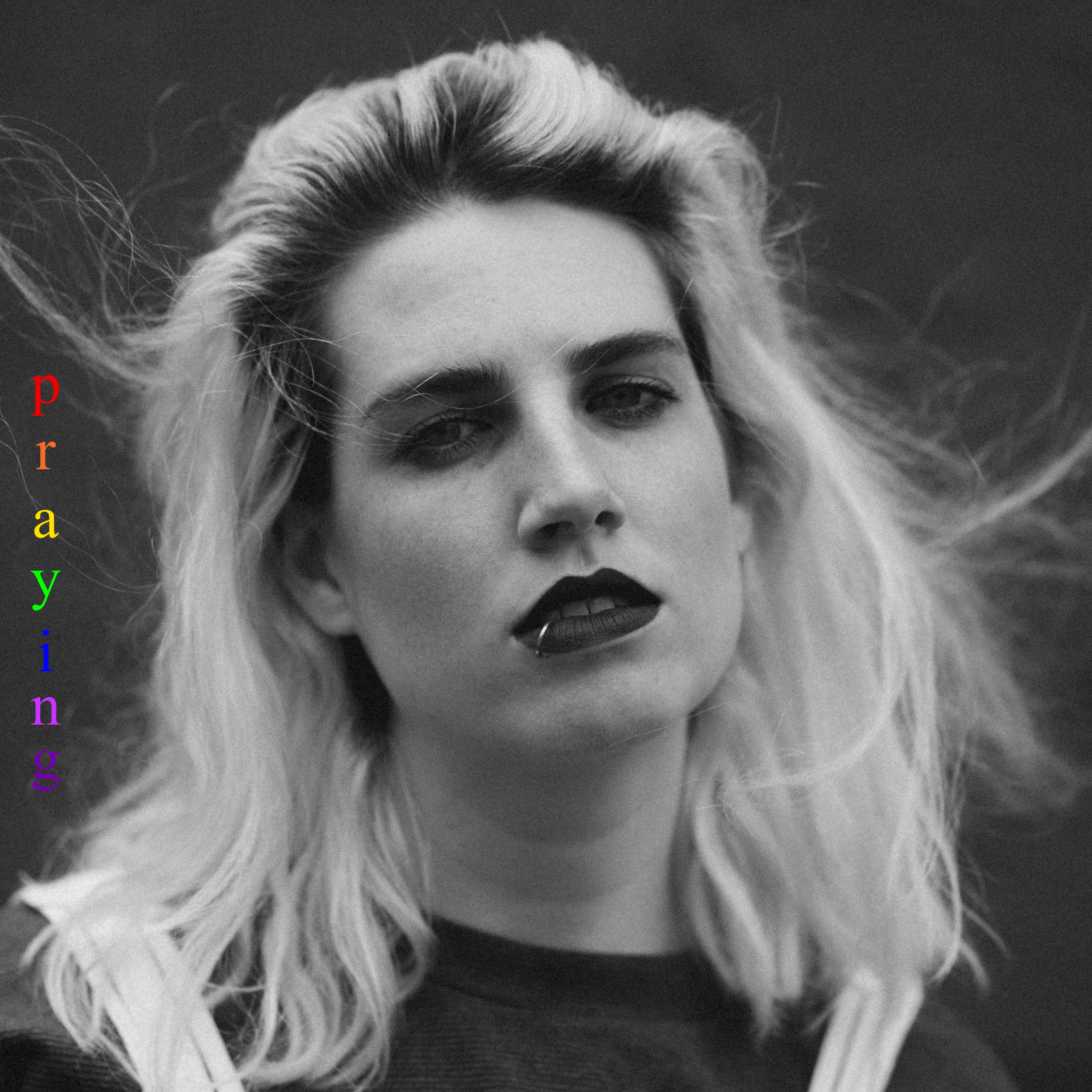 Sir Babygirl returns with a new single "Praying", a cover of Kesha's 2017 song of the same name. With the release, Sir Babygirl gives the context of why she chose to cover the song and some insight into what Pride means to her. Read the Stereogum piece here, and her short essay below.

MAKING MY OWN RAINBOW

When Kesha released her lead single “Praying” two years ago, I sat and listened to it on loop for hours in my childhood bedroom crying tears of overwhelming familiarity. I had moved home to see if I could finally produce the solo album I had dreamt of for years, a part of my process I’ve been very open about. What I have been more private about is the fact that I moved home to clinically address long suppressed trauma from a summer of rape and sexual abuse I survived at 19. As it often happens in the world we live in: the trauma happened, my body decided it was too much to process, and I went about my life as if nothing had happened except for the unexpected mood swings, intense depression and anxiety, increased isolation, hyper sexual behavior, sexual numbness, disassociation and random triggers that I couldn’t connect the dots to. But otherwise things were totally fine, good and normal!

In the ensuing years I worked in small, intimate recording studios with cis male producers, desperate for access to equipment I couldn’t afford and expertise no one would let me in on. From overall condescension & gatekeeping to full-on harassment, it reached a fever pitch in Chicago while starting to self-produce my song “Heels” and working at several music venues to pay the bills. I was quickly learning that if you wanted to keep your lowest level music venue job as a marginalized person you had to shut up and let those in power treat you however it suited them that day. I do not write this to demonize any venue in particular, but rather to show how systemically corroded music venues in any city can be. In my spare time, I was working with an engineer who not only tried to sleep with me after a Good Session, but also attempted to take complete ownership over the song I had written and produced. As I was just starting to accept the reality of my past trauma and its overarching effects, I reached a breaking point. I was discreetly let go from one venue, continuously mistreated at the others, and told repeatedly by my engineer that my work somehow belonged to him. I couldn’t go anywhere music-related and not feel in some way owned by those in power. This wasn’t how music was supposed to be made. So I moved home, built out a bare bones bedroom studio, found my first ever queer engineer to work with, and entered intensive therapy to begin my recovery process.

Kesha always felt like a North Star to me. With the release of her album ‘Rainbow,’ I saw a blueprint for a survivor pushing through near impossible barricades to create an album on her own terms. ‘Rainbow’ as an album feels so rooted in the nuances of her humanity, not just some martyrdom of suffering for others to feed off of. She allows herself to go wherever her voice takes her–through overt anger and turmoil, hope and rebuilding, sexual reclamation, and the kind of resiliency only a truly great sense of humor can give you.

The reality is that every industry is riddled with people who want to abuse/harass/manipulate marginalized people for their own benefit. I let this completely stop me in my tracks for a while. And for anyone who has ever stood before the pearly gates of their dream industry frozen with fear–your work is bigger than them. I am constantly re-triggered by the big and small ways people try to undermine my power and identity, but I refuse to stop doing the one true thing that brings me healing, joy and catharsis–pop music. I only hope to pay it forward by being transparent about what my album ‘Crush on Me’ meant for me to make. It’s somewhat of a concept album about getting yourself to the point where you accept recovery over denial. For six years I tried to bury my trauma, and this album maps the turning point at which I decided to love myself enough to believe what I’ve been through and honor it.

For Pride Season, I wanted to celebrate just how deeply pop music has healed me and how it continues to uplift me when I am reminded of my trauma. While this month can be a time to party and rejoice, it can also be a painful reminder of the trauma our community (especially people of color, especially black trans women) has experienced merely because of our existence. So to my queer sibs, however you’re feeling this month, wherever you are in your journey, I made this for you. To sing it, to scream it, to scream it even louder and to move your beautiful bodies through the pain and joy of it all.